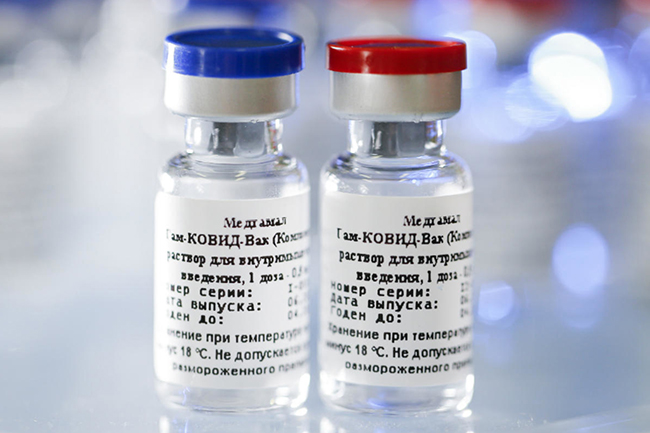 Approval has been granted by the National Medical Regulatory Authority of Sri Lanka.

According to the Russian Direct Investment Fund (RDIF), 39 countries around the world including Argentina, Venezuela, Mexico, UAE and Iran have approved the Sputnik V vaccine. Hungary was first to approve the Russian vaccine for emergency use.

Sputnik V vaccine was initially met with controversy for being rolled out before the release of final trial data.

However, last stage trial results published in Lancelet medical journal in February revealed that the vaccine gives 91.6% protection against SARS-CoV-2.

As per reports, the vaccine can be stored at temperatures of between 2 and 8C degrees (a standard fridge is roughly 3-5C degrees).

Two doses are required to be taken 21 days apart in order for the vaccine to be effective.

Unlike other similar vaccines like Pfizer-BioNTech and Oxford-AstraZeneca, the Sputnik jab uses two slightly different versions of the vaccine for the first and second dose.

Although both doses target the coronavirus’s distinctive ‘spike’, each dose in Sputnik V contains a slightly different vector – the neutralised virus that carries the spike to the body.

Scientists say this is beneficial because using two different formulas can help boost the immune system even more than using the same version twice. According to them, the immune system can eliminate the second dose too quickly if it is the same as the first, and therefore it doesn’t help to build an immune response.