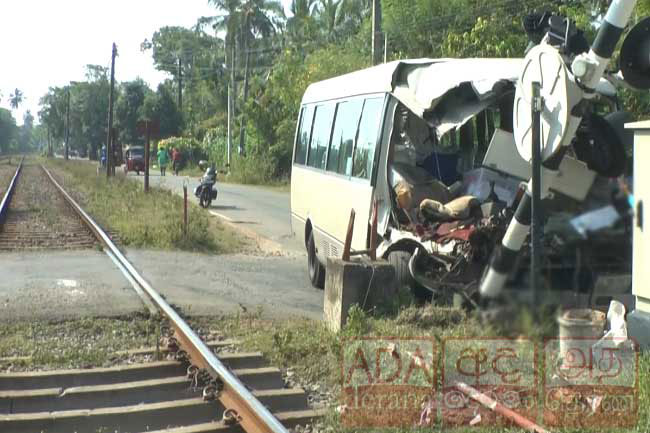 A bus has collided with a Colombo-bound train at the Kosgas Junction area in Kalutara North this morning (04).

A bus transporting staff members of a private hospital has collided with the train in this manner.

The medical personnel had been traveling to carry out PCR examination of a group of tourists staying at a hotel.

Reportedly, the accident had occurred when the bus had attempted to turn the bus on the railway crossing.

The driver of the bus had sustained injuries in the incident and been admitted to the Nagoda Hospital for treatment.