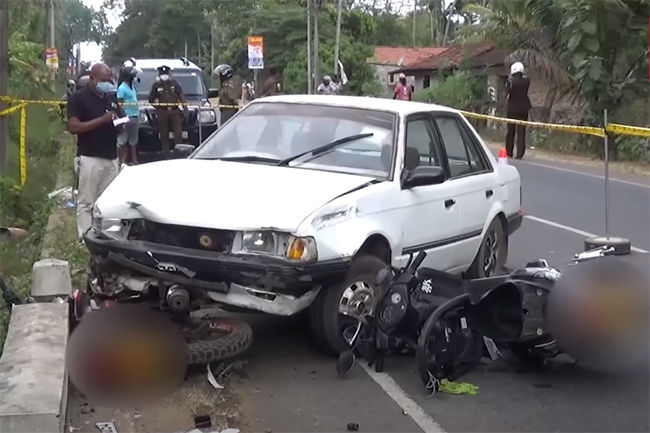 An individual has been stabbed to death at the Kilimpola Junction in Katupotha, Narammala following an allegedly staged motor accident.

As per reports, a car has collided against two motorcycles at the said location and its driver then proceeded to stab one of the riders with a sharp weapon.

The police suspect that the driver of the car deliberately rammed into the two motorcycles with the intention of carrying out the murder.

The remains of the deceased, who was identified as a father of three from Kilimpola area, are currently placed at the Katupotha Hospital.

Narammala Police is carrying out further investigations into the incident.

Preliminary investigations revealed that a personal dispute involving an affair had been the motive behind the murder.