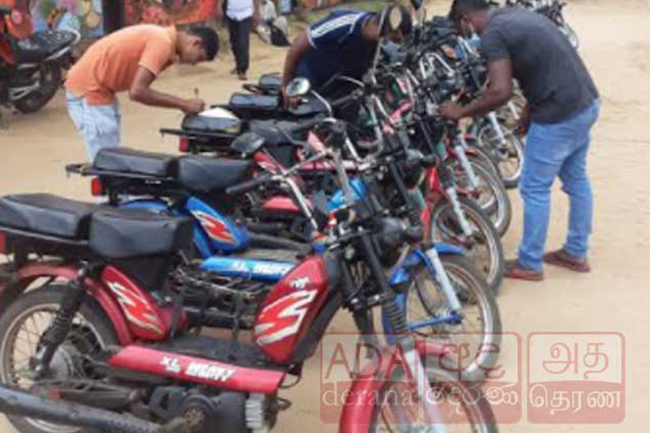 A 78-year-old man has been arrested by the Aralaganwila Police for stealing motorcycles from various parts of the country.

During the operation, the police have also seized 17 motorcycles stolen by the suspect.

According to reports, the arrestee had sold multiple other stolen motorcycles to individuals from several areas.

Police Spokesperson DIG Ajith Rohana said legal action will be sought against the persons who purchased motorcycles from the said suspect.