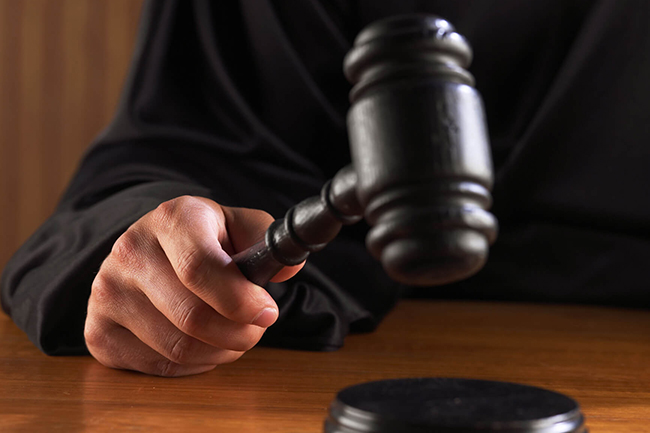 AG ordered to present submissions on probes into imported swords

The Court of Appeal has directed the Attorney General to present submissions on probes into the import of a large consignment of swords following the Easter Sunday terror attacks, in consultation with the Inspector General of Police and the Defence Secretary.

The petition filed by His Eminence Malcolm Cardinal Ranjith seeking an impartial investigation on the alleged incident was taken up before Appeals Court judges Arjuna Obeysekara and Mayadunne Correa today (March 05).

Senior State Counsel Avanthi Perera who appeared on behalf of the Attorney General, said she also represents the IGP and Defence Secretary who were named as the respondents of the petition.

Accepting a request made by the Senior State Counsel, the judge bench permitted the respondents to present submissions on the progress of the investigations on March 31.

Legal counsel representing the Cardinal, President’s Counsel Sanjeewa Jayawardena meanwhile informed the court that the Presidential Secretariat recently handed over the report of the PCoI, which investigated the terror attacks, to his client.

Investigations have revealed that the swords were brought into the country by an individual named Mohamed Saththar on the orders of Mohamed Insaaf – the suicide bomber at the Cinnamon Grand Hotel, the President’s Counsel said adding that nearly 600 swords of the consignment have been located.

He further pointed out that the swords which are yet to be located pose a threat to both national and public security.