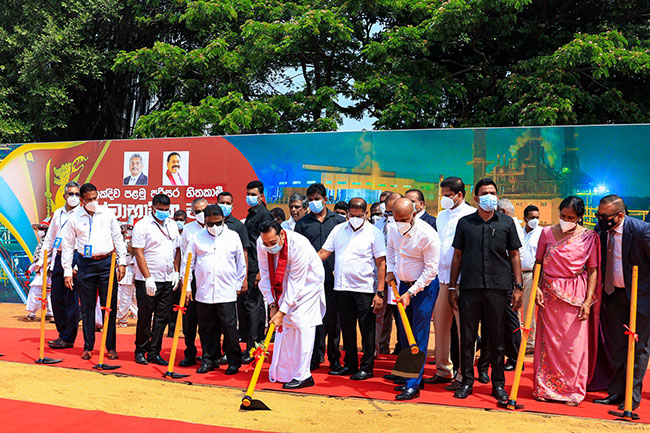 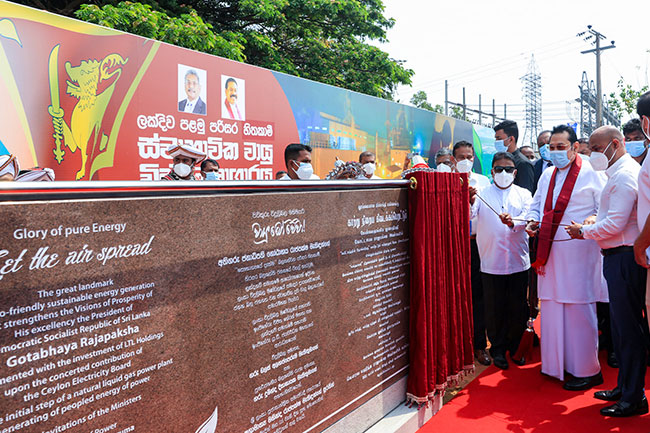 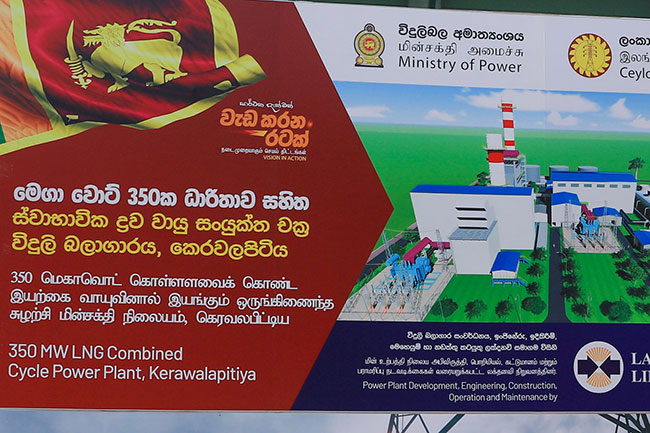 Construction of the Lakdhanavi Liquified Natural Gas Power Plant in Kerawalapitiya, was flagged off this morning (March 05) by Prime Minister Mahinda Rajapaksa.

On completion, LNG Power Plant is set to become the first of its kind in the country.

Construction of the power plant will be completed in two phases with the first phase to be concluded in 21 months.

The national grid will get an additional 220 megawatts of power from the LNG Power Plant, and it is expected to provide cheaper power, with savings of up to Rs. 15 per unit.

According to Minister of Power Dullas Alahapperuma, this would calculate to annual savings of Rs. 12 billion.

Completion of the second phase will add further 130 megawatts to the national grid and increase the plant’s total capacity to 350 megawatts.

The total cost of the project is USD 150 million.

In the meantime, Premier Rajapaksa, speaking during the event, said the government plant to complete all stalled projects faster and better than expected and not halt them halfway due to narrow political objectives.