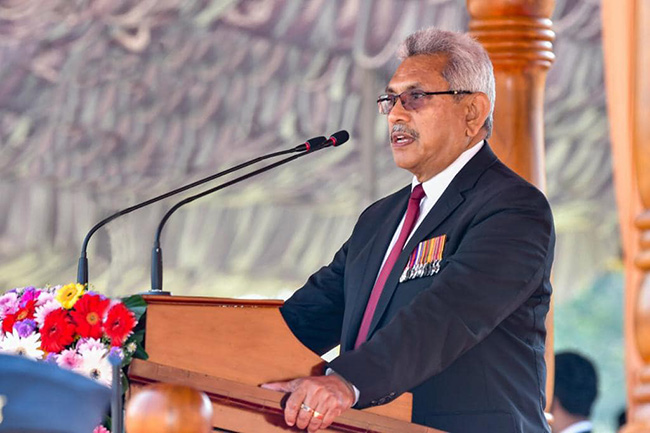 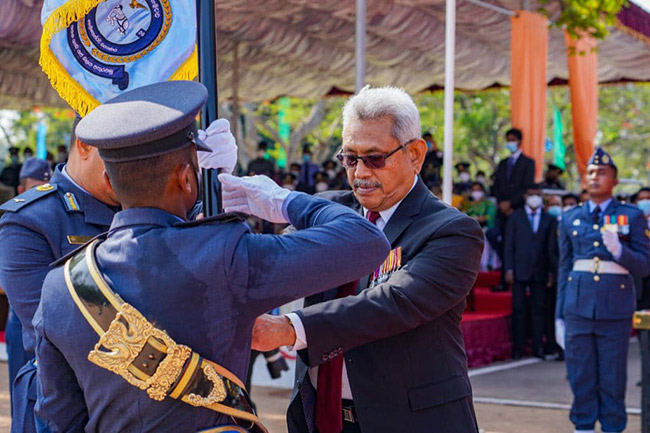 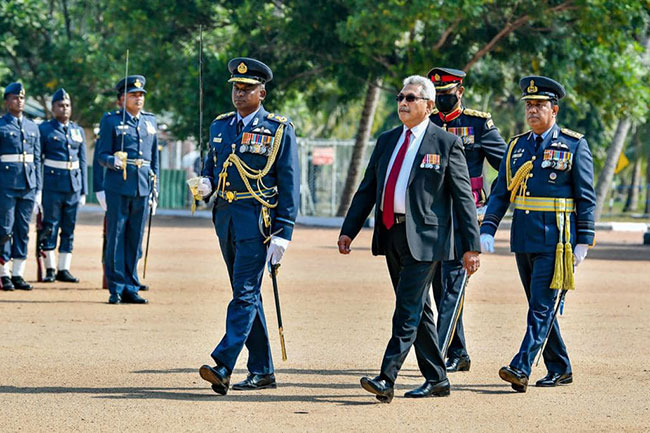 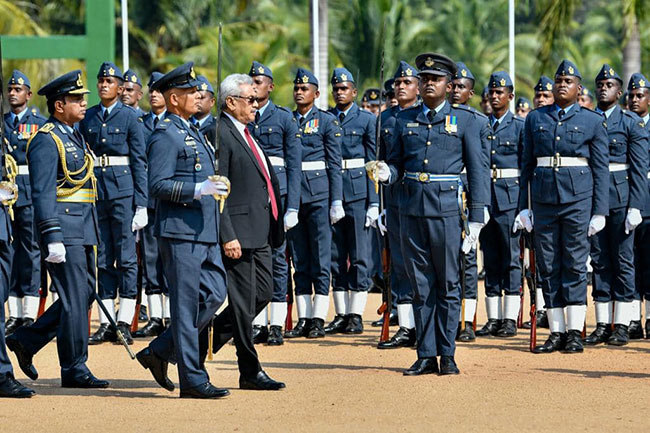 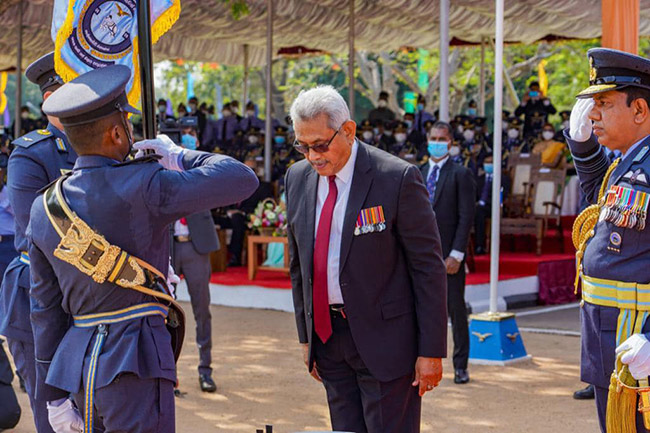 Maintaining the security of the nation is the primary responsibility of the Armed Forces, including the Air Force, says President Gotabaya Rajapaksa.

Two flying squadrons of the Air Force were conferred Presidential Colours in recognition of their exceptional service and contribution to the nation.

Colours were presented to the No. 05 Fighter Jet Squadron and the No 06 Transport Helicopter Squadron of the Sri Lanka Air Force, which have a proud history of over seven decades, under the theme ‘Protecting the Lankan Skies’ (‘Surakimu Lakambara’).

The Presidential Colour Award is the highest honour that can be bestowed upon any unit of the armed forces by the Commander-in-Chief.

So far, the Sri Lanka Air Force has been awarded 13 Presidential Colours in total, the PMD said in its media release.

Addressing the ceremony, the President has noted that Sri Lanka should pay the nation’s tribute to the members of the Air Force who made tremendous sacrifices, including the ultimate sacrifice, in ensuring peace in our nation.

He further pointed out that sincere international cooperation that recognizes and values the our shared humanity will help the country to successfully face many of the current threats that cut across national boundaries. “It underscores the need for the utmost preparedness in a complex, dynamic and continually challenging global environment,” the President said.

President Rajapaksa, appreciating the presence of representatives of several friendly foreign Air Forces, said, “Their presence is a testament to the friendly ties between our nations, and it reaffirms the importance of sustaining and strengthening these bonds”.

Following the awards ceremony, the President has inspected C-130 Squadron Nos. 02 and 05 at Sri Lanka Air Force Base, Katunayake.

He has then observed the Indian Air Force aircrafts and posed for a group photo with the pilots.

The book written by Air Commander Commodore Channa Dissanayake on the theme “70 years of Air Power of Sri Lanka Air Force” was meanwhile presented to the President.