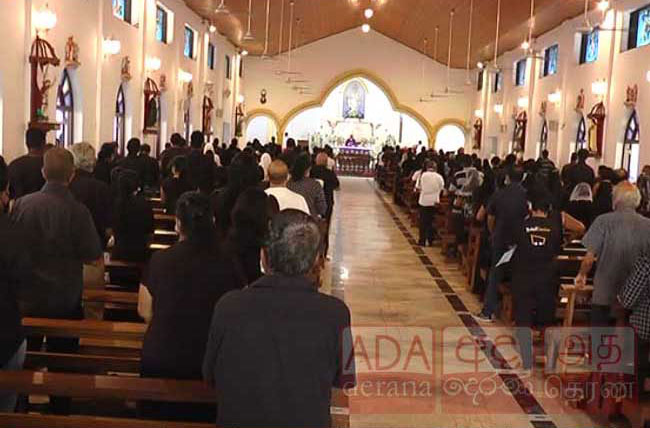 Catholics island-wide marked the ‘Black Sunday’ declared by the Archdiocese of Colombo by wearing black attire to the Masses today (March 07).

The Catholic Archdiocese of Colombo decided to declare today a ‘Black Sunday’ against the lack of justice for all those who died and were affected by the Easter attacks.

Accordingly, the Archdiocese requested Catholics in the country to dress in black for the Sunday Mass today and to engage in a silent protest outside the churches following the Mass.

However, the Archbishop of Colombo Cardinal Malcolm Ranjith has requested representatives of all political parties not to politicize the protests.

However, many parties including the Archdiocese of Colombo were not satisfied with the report.