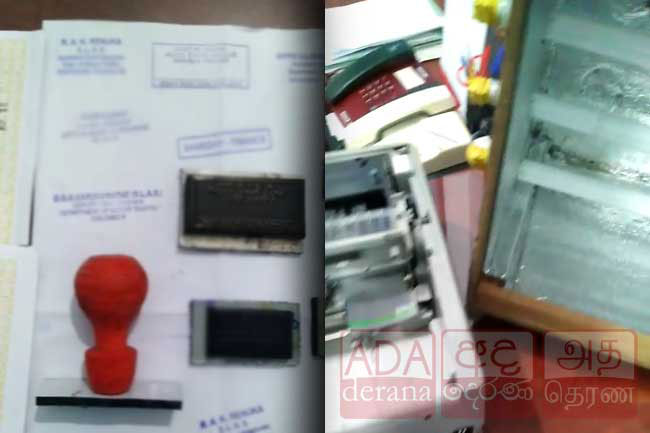 Police raided an operation that forges fake documents carried out in a hostel in Habarana, last morning (06).

Reportedly, fake National Identity Cards (NIC), vehicle number plates, revenue licenses, and insurance certificates have been found at the scene in addition to equipment that can forge engine and chassis numbers of vehicles, and fake government stamps.

Three suspects have been arrested in connection with the incident. They have been identified as residents of Kurunegala and Divulapitiya.

Police have also seized a car without number plates in their possession.

Further investigations are carried out by the Habarana Police.