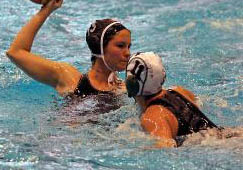 Visakha Vidyalayaâs annual Inter House Swimming Meet will be held at 1.00 pm on Tuesday 23 February 2010 at the Schoolâs Swimming Complex.

Nearly 200 Visakhians, representing the Motwani, Dawes, Jayatilleke, Weerasuriya, Dias, Pulimood Houses will compete each other in individual events and in relays in five age groups. Many fun events have also been organised for the younger swimmers.

A leading national girlsâ school in Sri Lanka with a student population of 4500, Visakha Vidyalaya has excelled in the field of swimming at all meets conducted by the Sri Lanka Aquatic Sports Union (SLASU) during 2009.

While winning the Championship Trophy at the Novices Meet and the National Schools Championships, Visakhaâs swimmers secured positions among the top three in all other meets during 2009.