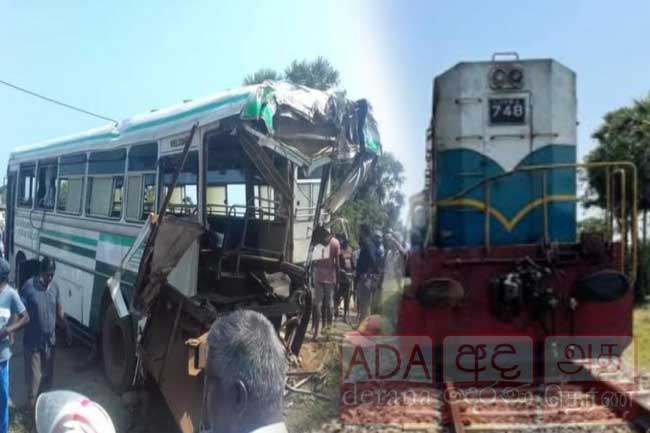 One dead, several injured as train hits bus in Talaimannar

One person was killed and close to 20 others were left wounded and hospitalized after a bus collided with a train at Talaimannar.

The incident had occurred at around 2.30 p.m. today (16) when a train traveling from Colombo Fort to Talaimannar hit a private bus at the railway crossing in Talaimannar.

The wounded passengers of the bus have been admitted to the Mannar Hospital while at least two of them are said to be in critical condition.

The driver of the bus has been taken into police custody while Mannar Police is conducting further investigations.