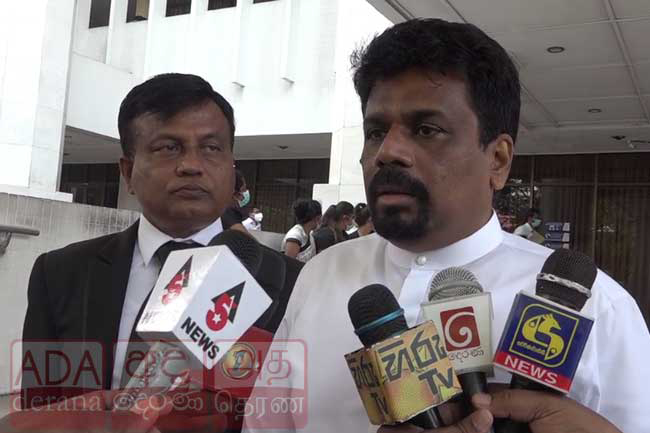 Leader of Janatha Vimukthi Peramuna MP Anura Kumara Dissanayake today (March 24) filed a writ application with the Appeals Court, challenging the recommendations of the Presidential Commission of Inquiry which probed the alleged incidents of political victimization.

Members of the commission including its chair Supreme Court Justice (Retired) Upali Abeyratne, Attorney General on behalf of the President, Prime Minister and the Cabinet members, the Bribery Commission, Inspector-General of Police, Attorney General have been named as the respondent of the writ application.

The parliamentarian stated that he was named as a respondent in the PCoI recommendations in respect of several complaints against certain court cases.

MP Dissanayake has sought the Appeals Court to revoke the recommendations in the PCoI report which concern him.