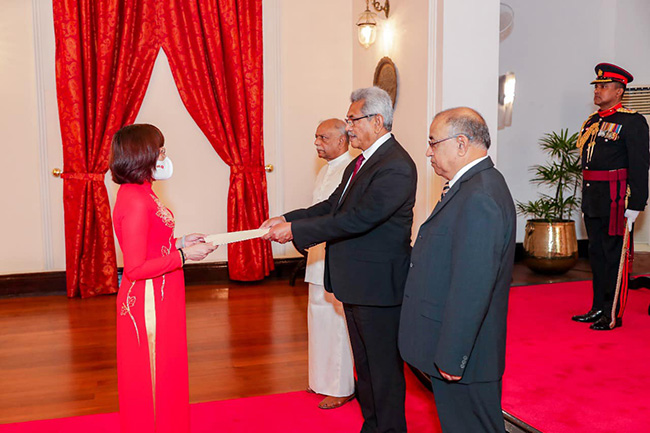 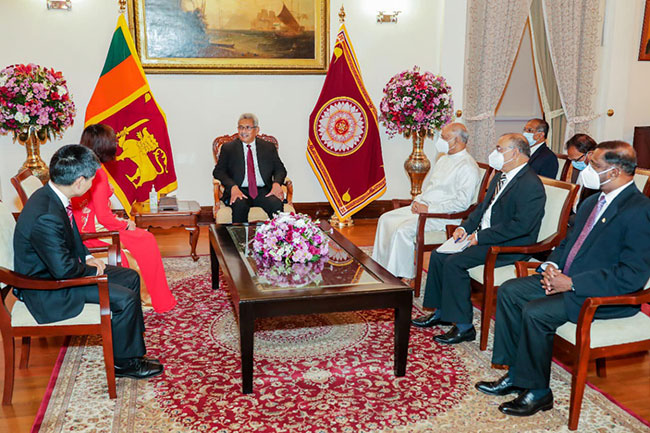 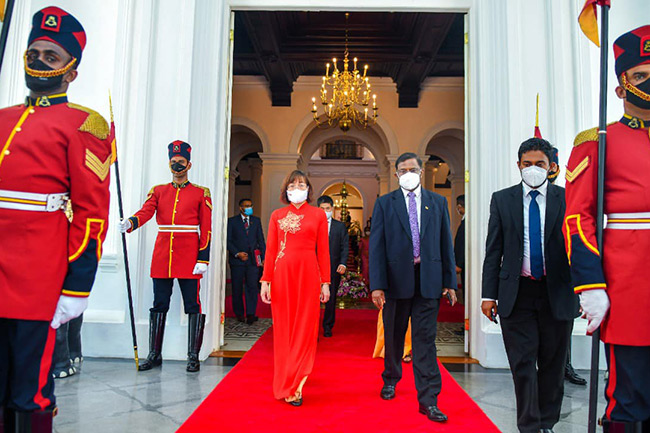 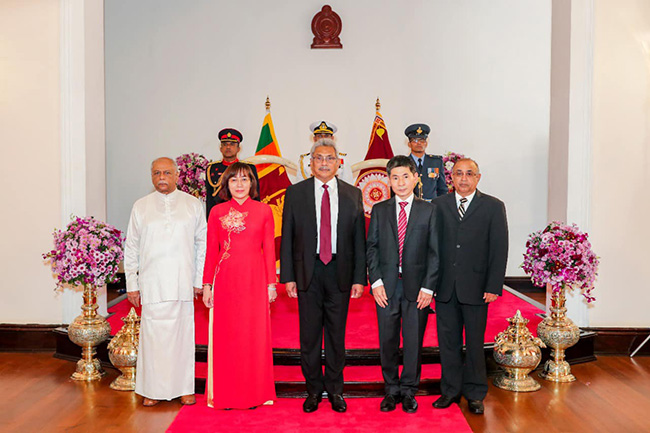 The newly-appointed Ambassador of the Socialist Republic of Vietnam, Ho Thi Thanh Truc to Sri Lanka presented her credentials to President Gotabaya Rajapaksa at the Presidential Palace this morning (30).

President Rajapaksa and the new Vietnamese Ambassador thereafter exchanged views on the current status of bilateral relations and the development of future cooperation between the two countries for a while, the President’s Media Division (PMD) said.

Conveying the best wishes of the Vietnamese government and its people to President Rajapaksa, Ms. Ho Thi added that Vietnam has made relations with Sri Lanka a top priority.

The Ambassador thanked Sri Lanka for its support during the troubled times in her country. Ambassador added she would do everything in her power to further strengthen cooperation and friendship between the two countries during her tenure.

Appreciating the long-standing friendship between Vietnam and Sri Lanka, the President briefed the Ambassador on the social and economic vision of his government.

“Agro-economic development, poverty alleviation and raising the income level of the rural people are some of our priorities. Plans are now in motion to achieve that goal. The ultimate objective is to achieve a higher level of standard of living for all social strata such as low-income, middle-income, rural and urban. We do not look at development from an ethnic point of view. We consider all the people as a whole,” the President said.

President Rajapaksa noted that farmers in every nook and corner have benefited from the high price guaranteed for paddy and other crops. He highlighted that following the defeat of the separatist terrorism; no one was killed in terrorist violence and paved the way for enormous development in the country.

The President invited Vietnam to explore and take advantage of the investment opportunities in the Sri Lankan economy, pointing out that trade and tourism industries between the two countries could be further developed.

The Vietnamese Ambassador assured that she would give high priority to encourage Vietnamese entrepreneurs to invest in Sri Lanka and to develop trade and tourism sectors.

Diplomatic relations between Sri Lanka and Vietnam were established on July 21, 1970.