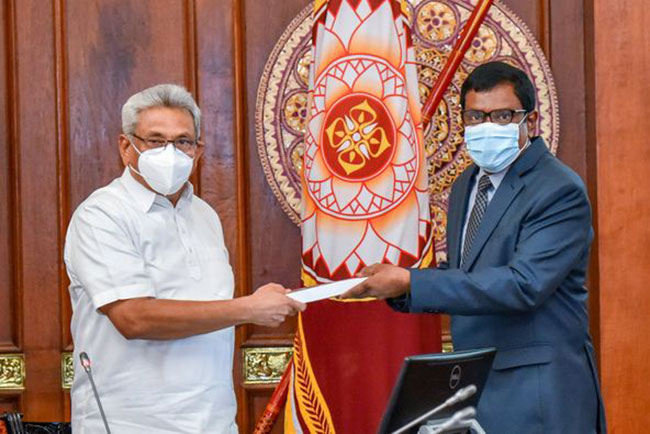 The report of the Expert Committee on Solid Waste Management has been handed over to President Gotabaya Rajapaksa at the Presidential Secretariat in Colombo.

Solid waste management has become an enormous issue for many countries in the world as well as for Sri Lanka. Improper disposal of solid waste lead to a number of harmful consequences such as air pollution, water pollution, and the accumulation of various chemicals in the soil.

A 14-member committee chaired by engineer Rohan Seneviratne was appointed under the guidance of President Rajapaksa to identify issues in Sri Lanka regarding waste management disposal and come up with solutions to resolve them.

Chairman Rohan Seneviratne handed over the report containing the Committee’s recommendations to the President, yesterday (31).

President Rajapaksa said that the report will be presented to the Cabinet, the PMD reports.

The importance of conducting a full follow-up review on the recommendations in the report was also discussed in depth.

President Rajapaksa said that several protests were organized due to the lack of attention for external environmental factors in waste management and stressed the importance of measures to prevent the spread of mosquitoes as well as stench.