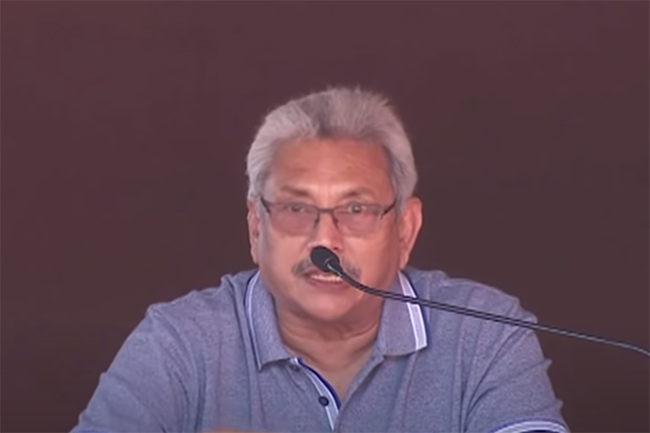 Falsehoods circulated against me & govt. in organized manner  President

President Gotabaya Rajapaksa today moved to give a reminder that all public servants, including those in Forest Conservation and Wildlife Departments, are in fact there to serve the people and should therefore look at both sides of the issues when addressing them.

“Some do not understand the issues of the underprivileged. They haven’t visited these areas and haven’t witnessed anything. If I ask to release these lands, I will be attacked from tomorrow saying that I asked for the forests to be cleared.”

Touching on the criticism levelled at the government with regard to the unhealthy coconut oil importation saga, the President made it clear that it is not the government that imports these goods but private entities.

“Coconut oil is the best and there is a great global demand for it. We haven’t cultivated that much and coconut trees were also felled in recent times. We had to import coconut oil. There are various businessmen who import it. There are government institutions to inspect the quality of the imported goods. The responsibility of these institutions is to crack down on substandard goods” he said stressing that the government is accused of importing toxic coconut oil when such crackdowns are executed.

The President went on to note that there are falsehoods circulated in an organized manner against him and the government. “I always say that it is not ‘Gotabaya Rajapaksa’ who is important but the force that brought me here. That is what we should protect. It is against these that falsehoods are spread. I’m doing what I promised the people.”