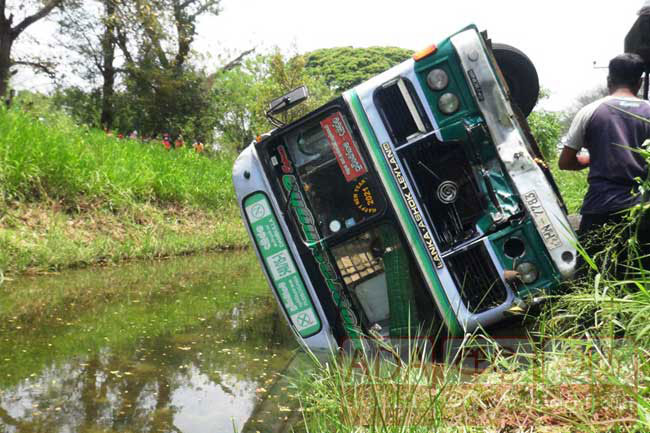 Eighteen persons have suffered injuries as a bus toppled into a canal in the Theladinnawewa area on the Dambulla-Galkiriyagama road.

The private bus traveling towards Dambulla had suddenly skidded off the road and toppled into the canal due to a technical malfunction, this afternoon (April 06).

However, the passengers stuck inside the vehicle have been rescued by the residents of the area and been admitted to the Dambulla Base Hospital.

Thirteen females and five males have been hospitalized in the accident, according to a spokesman of the hospital.

Several have sustained critical injuries in the incident, the spokesman further said.