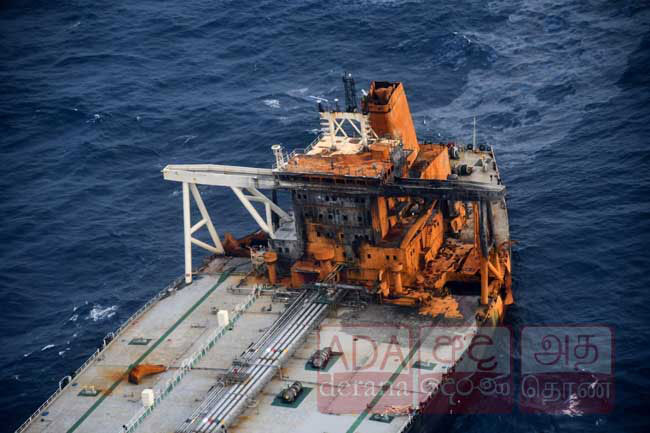 The final report on the settlement of compensation for the damages caused by the ‘MT New Diamond’ crude oil tanker is set to be handed over to Attorney General Dappula de Livera tomorrow (April 08).

On a previous occasion, a report on the environmental damages caused by the tanker which engulfed in fire on the seas off Sri Lanka was submitted to the Attorney General.

Subsequently, a discussion regarding this was carried out between the Attorney General and several other parties including the Marine Environment Protection Authority (MEPA) today (April 07).

At around 8.30 am on September 03, 2020, the oil tanker ‘MT New Diamond’, sailing 38 nautical miles off Sangamankanda Point east of Sri Lankan seas, was engulfed by fire following an explosion of a boiler in the main engine room.

The tanker was transporting 270,000 metric tons of crude oil from the port of Mina Al Ahmadi in Kuwait to the Indian port of Paradip when it faced this unfortunate turn of events. It was also reported that 1,700 metric tons of diesel required for the use of the tanker were stored onboard.