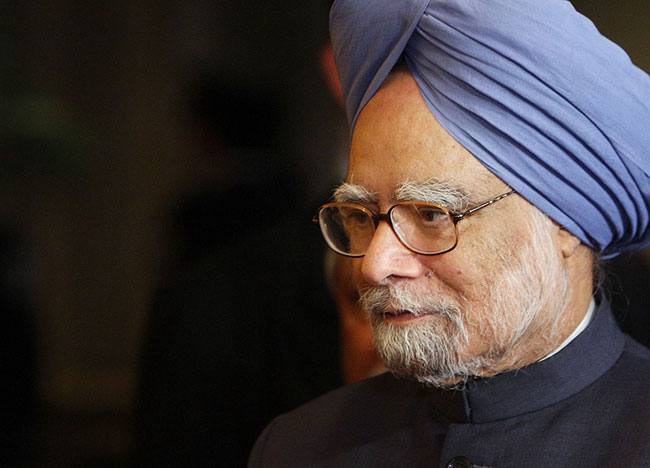 Former Indian Prime Minister Manmohan Singh, 88, has tested positive for COVID-19 and been admitted to the Trauma Centre of Delhi’s AIIMS, according to news agency ANI.

The veteran Congress leader, who was administered a Covid test after registering a fever, was admitted at around 5 pm.

Dr Singh has received his two vaccine doses (of Covaxin) - the first on March 4 and the second on April 3. Sources said he was shifted to hospital as “a matter of precaution”.

AIIMS is expected to issue a more detailed statement soon.

Minutes after news of his admission broke, ‘get well’ messages began pouring in.

“My prayers are with Manmohan Singh ji and his family today, and my deepest respect. May he fight this scourge with all his might and get well soon,” Priyanka Gandhi Vadra said.

“Deeply concerned that Dr Manmohan Singh has been hospitalised with fever. I pray that he will overcome this health setback with his indomitable courage. The prayers of the whole nation are with Dr Singh and wish him a speedy recovery,” he said.

On Saturday Dr Singh participated in a meeting with top Congress leaders, including Sonia Gandhi, Rahul Gandhi and Priyanka Gandhi Vadra, on the coronavirus situation in the country.

Following this he wrote to Prime Minister Narendra Modi on Sunday, to offer some advice on handling a pandemic that has infected over 1.5 crore Indians and killed nearly 1.8 lakh.

He urged Prime Minister Modi to allow states to define categories of frontline workers that need to be vaccinated against Covid on priority “even if they are below 45 years of age”.

Dr Singh also urged the centre to place “enough” vaccine orders in advance, and that the distribution of jabs among states should be based on a “transparent formula”.

A shortage of Covid vaccines - India has two - Covaxin and Covishield - with doses Russia’s Sputnik V expected soon as well - has made headlines, setting up a back-and-forth between the centre and states that say they have shut down some vaccination centres due to a lack of doses.

In his letter Dr Singh stressed on ramping up the vaccination drive to defeat the virus and said the centre had to proactively support vaccine producers in expanding manufacturing facilities.

Dr Singh’s letter provoked a sharp and unflattering response from Union Health Minister Dr Harsh Vardhan, who attacked his party and blamed it for fueling the second wave of the virus. India has reported a deeply frightening surge of Covid cases over the past few weeks.

This morning over 2.7 lakh were reported from the preceding 24 hours - the fifth straight day with over two lakh new cases - and over one lakh per day every day since April 7.