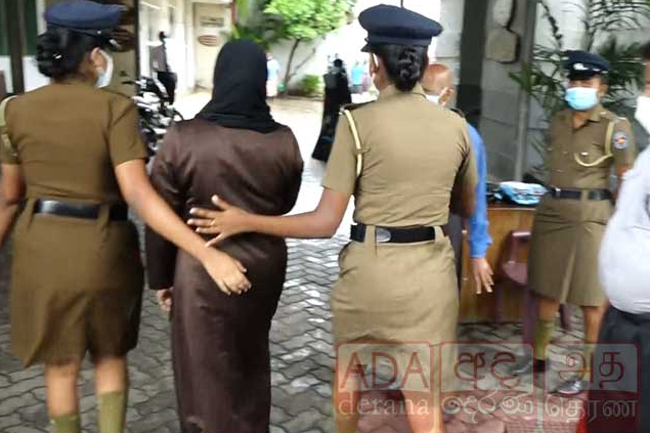 The four suspects including MP Rishad Bathiudeen’s wife who were arrested on charges of alleged abuse of underage domestic aides at the parliamentarian’s residence have been produced before the Colombo Magistrate’s Court this morning (July 24).

Among the arrestees are the lawmaker’s father-in-law and brother-in-law as well as the intermediary who provided child labour to the Bathiudeen family.

The girl, who was residing in the Dayagama area, had been 15 years of age when she was brought to the parliamentarian’s private residence at Bauddhaloka Mawatha for domestic work last October.

Subsequently, Shabdeen Aishah - the 46-year-old wife of MP Bathiudeen, her father Mohamed Shabdeen and the middleman in question identified as a 64-year-old named Ponnaiyah Bandaram were apprehended on Friday morning (July 23) based on the testimonies recorded from nearly 20 individuals, autopsy results and the evidence gathered by the investigating officers which pointed to the fact that the deceased girl was subjected to abuse.

In addition, the 44-year-old brother-in-law of MP Bathiudeen was also taken into custody Friday for allegedly sexually abusing a young woman who worked as a domestic helper at the lawmaker’s official residence from 2015 to 2019.

The girl, who is now 22 years of age, had shed light on the matter during police probes into the 16-year-old’s death.

Meanwhile, the Attorney General has appointed a Deputy Solicitor General and a team to provide legal advice for the action on the case.