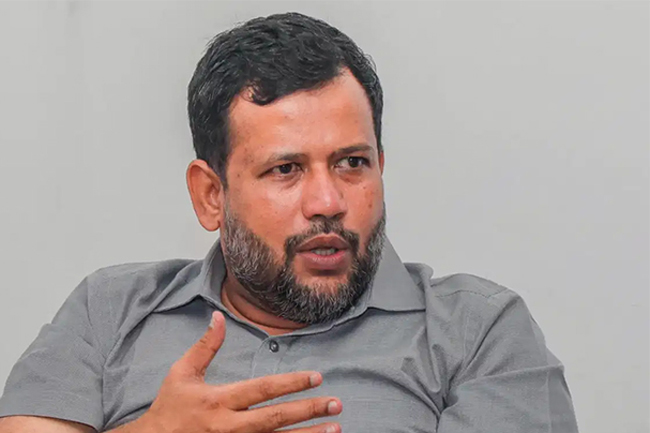 Rishad Bathiudeen taken back to CID from hospital

MP Rishad Bathiudeen, who was admitted to the Colombo National Hospital last week, has been taken back to the Criminal Investigation Department (CID) this evening.

The parliamentarian, who is currently in the custody of the CID over his alleged links with the perpetrators of 2019 Easter Sunday terror attacks, was hospitalized on July 17 due to sudden illness.

Reportedly, the parliamentarian has asked the CID officers to transfer him to a pay ward at the Colombo National Hospital, however, his request was denied due to the ongoing investigations against him.

His hospitalization came in the backdrop of reports on the death of an underage domestic aide at his private residence which pointed to alleged abuse and sexual exploitation.

The 16-year-old had succumbed to severe burn injuries on the 15th of July after receiving treatment for 12 days at the Colombo National Hospital. As suspicions were raised about her passing, the law enforcement authorities had initiated investigations into the matter.

Accordingly, three suspects including his wife and the father-in-law were arrested by the Borella Police on Friday morning (July 23) in connection with the teenage girl’s death.

In the meantime, the former minister’s brother-in-law was also taken into custody for allegedly sexually abusing a young woman, now aged 22 years, who served as a domestic helper at the Bathiudeen residence.

After being produced before the Colombo Magistrate’s Court earlier today, the four suspects were ordered to be detained for 48 hours for interrogation.