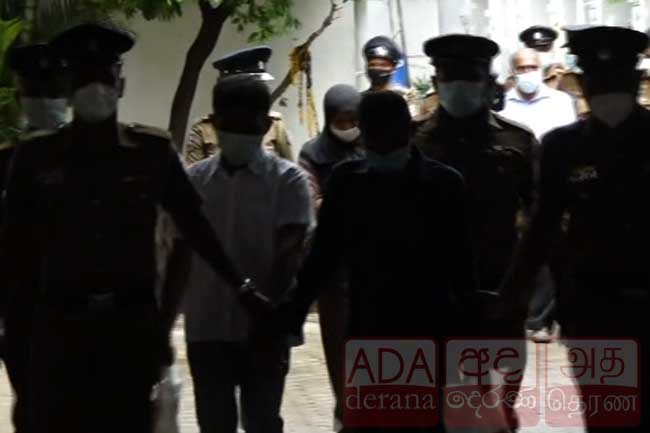 Rishads wife and 03 others remanded; teenage girls body to be exhumed

The Colombo Magistrate’s Court today ordered to remand the wife of former minister Rishad Bathiudeen and three others until August 09 in connection with the suspicious death of a teenage domestic worker who had been employed at their home.

The four defendants, including Bathiudeen’s father-in-law, brother-in-law and the broker who had brought the girl for employment from Dayagama, were produced before the court when the case was taken up today (26).

Meanwhile the court also ordered to exhume the remains of the girl and to conduct another postmortem examination, Ada Derana reporter said.

Shabdheen Ayesha - the 46-year-old wife of MP Bathiudeen, her father Mohamed Shabdheen and the middleman in question identified as a 64-year-old named Ponnaiyah Pandaram, were arrested by police on July 23 following the recording of their statements regarding the death.

Police had also obtained a court order permitting the detention of the trio for 72 hours for interrogation.

In the meantime, the brother-in-law of MP Rishad Bathiudeen had also been arrested on the same day on charges of allegedly sexually abusing a young woman.

The incident was brought to light amidst the probes carried out into the death of the 16-year-old domestic worker at the parliamentarian’s private residence.

Investigating officers had uncovered that the MP’s brother-in-law had sexually abused a female who worked as a domestic helper at the parliamentarian’s official residence between 2015 and 2019. The girl, who is now 22 years of age, had shed light on the matter during police interrogations.