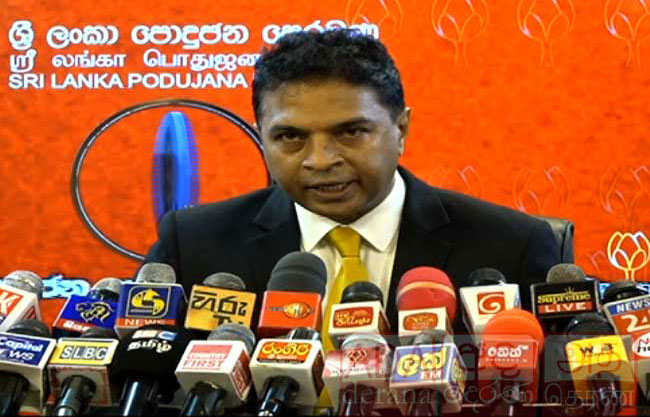 Sagara Kariyawasam on the mentality of certain SLFP members

The general secretary of the Sri Lanka Podujana Peramuna (SLPP) Sagara Kariyawasam says that certain parliamentarians of the Sri Lanka Freedom Party (SLFP) are still in the same mentality as before when the SLFP was the main constituent party of the ruling alliance.

Speaking at a press briefing in Colombo today, he said that a very small minority in the SLFP are of the opinion that they are being treated differently by the government and that one minister had even claimed that the ministerial portfolio he had received was a ‘joke’.

There are but a few within the SLFP who are making such statements, the parliamentarian said.

He said that the political leaders of the party who have some maturity have understood this fact, but some have not understood this and are therefore making various statements.