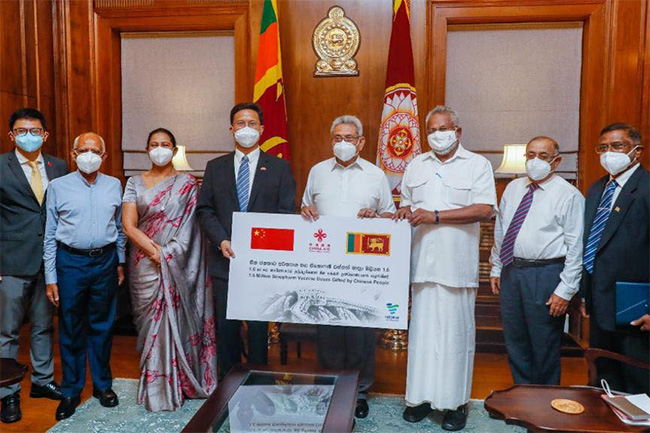 The Government of China has donated a batch of 1.6 million more doses of Sinopharm COVID-19 vaccine to Sri Lanka, says the President’s Media Division (PMD).

The Ambassador of China to Sri Lanka, Qi Zhenhong officially handed over the vaccines to President Gotabaya Rajapaksa at the Presidential Secretariat.

In addition to these vaccines, a stock of cylinders was also donated by the Chinese government.

The vaccines have been handed over to the Ministry of Health to be administered to people over the age of 30 years in the Northern and Eastern Provinces.

The PMD noted that 72% of the vaccines used in the vaccination process in Sri Lanka is Sinopharm.

President Rajapaksa has expressed his appreciation for the support provided by the Government of China for the control of COVID-19 by donating three batches of Sinopharm vaccines; 600,000 doses on March 31, another 500,000 on May 26 and 1.6 million doses today.

The President has pointed out that by the end of August, all those over the age of 30 in the country will be vaccinated and that the activities of the tourism industry are expected to resume from September. 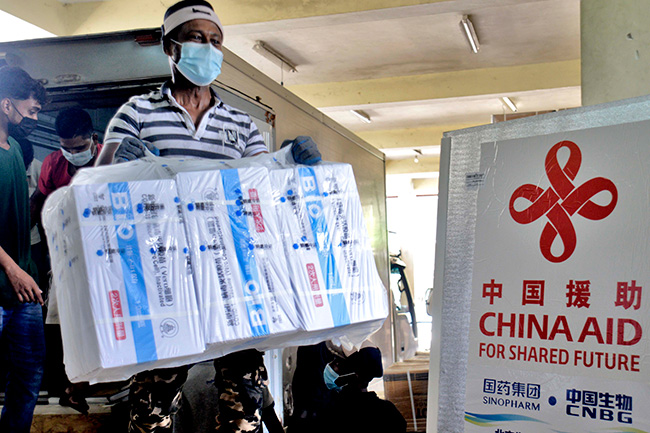 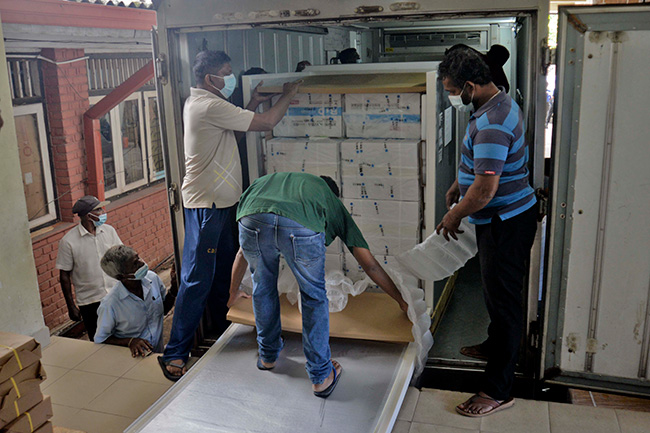 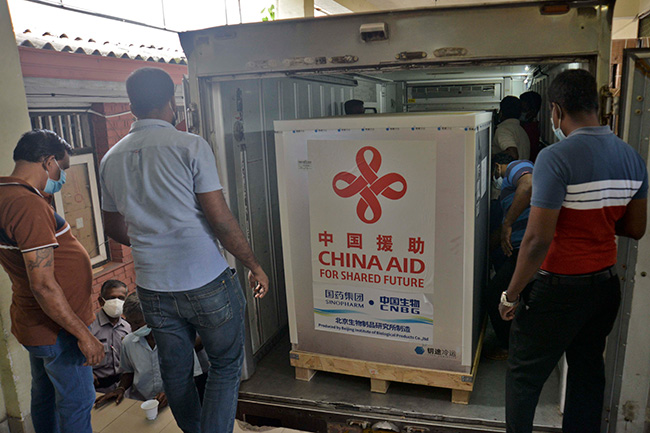