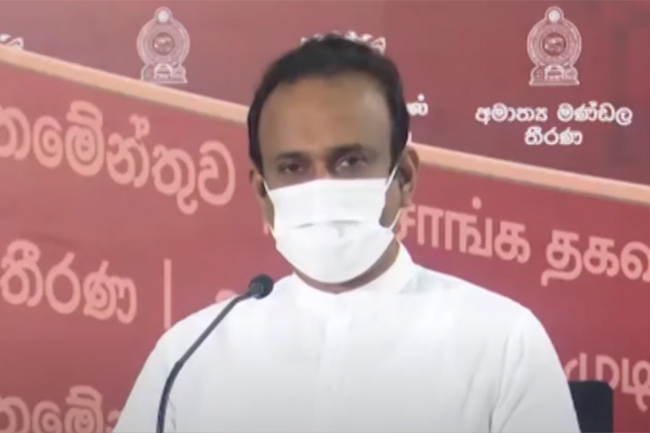 The government does not have the financial capacity to resolve the disparities in the salaries of teachers and principals right away, although the issue has been identified, says Co-Cabinet Spokesman, Minister Ramesh Pathirana.

The government is not in a position to make the immediate changes due to the current financial situation of the country, the minister said, addressing the media briefing to announce the Cabinet decisions this morning (July 27).

Speaking further, he stated that the Cabinet of Ministers has decided to appoint a sub-committee headed by the Prime Minister to eliminate the teacher-principal salary anomalies.

In addition, the Cabinet has also decided to submit proposals regarding the teacher-principal salary revision to the upcoming budget, Minister Pathirana added.

Reportedly, the Minister of Education has tabled the relevant proposition to the Cabinet meeting held on Monday (July 26).

The Co-Cabinet Spokesman, who responded to queries raised by media persons, stated that the government has agreed to the policy decision that the teacher-principal service and the education administration service should be made ‘closed services.’

He also noted that the National Salaries and Cadre Commission has not given the nod to the salary scales presented in the ‘Subodhini Committee’ as it can lead to recurrence of salary disparities in many other sectors.

“We are conducting more discussions with the trade unions in this regard and through these discussions we expect to eliminate the anomalies in the teachers’ salaries without creating disparities for the salaries of other public servants.”