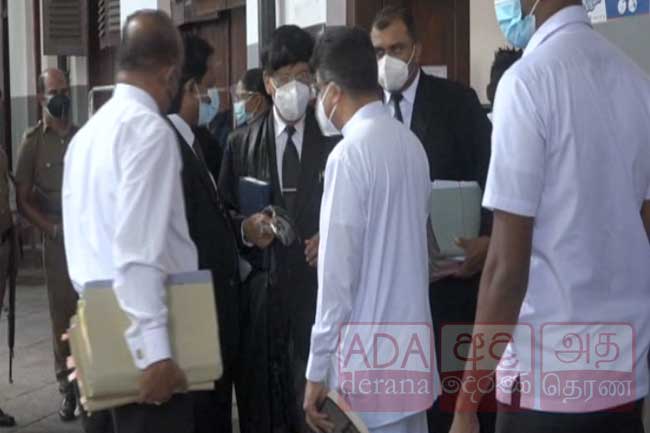 Notice issued on three Australians in case against Minister Gammanpila

The Colombo High Court today issued notice on three Australian nationals to testify on behalf of the plaintiff in the case which has been filed against Minister Udaya Gammanpila.

The Pivithuru Hela Urumaya (PHU) leader is accused of misappropriating Rs. 20 million following an alleged fraudulent share transaction of a company owned by an Australian, using a forged document executing the power of attorney.

High Court Judge Amal Ranaraja issued notice on the individuals, accepting a request made by the State Counsel Yohan Abeywickrama, appearing on behalf of the Attorney General.

When the case was taken up, the state counsel informed the court that testimonies are required to be obtained from the three Australian nationals named as prosecution witnesses in the case and therefore requested for notice to be issued for them to appear before the court.

The court accepted the request and postponed the case until September 30.