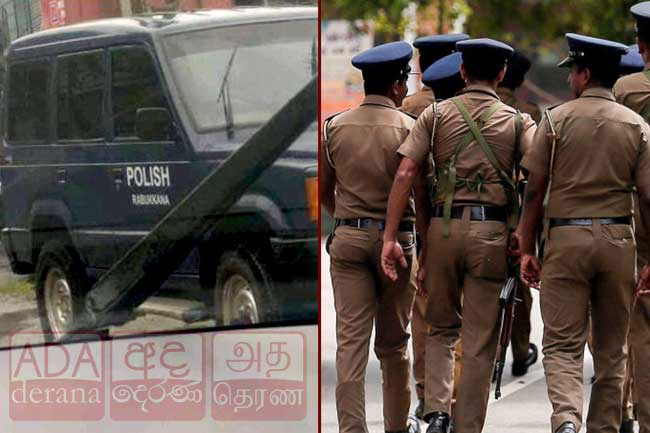 An individual has been arrested for attempting to mislead the public by driving around in a jeep that had the wording ‘POLISH RABUKKANA’ on its side.

Police say that the photo currently circulating on social media had been of the same incident which took place three months ago.

The suspect had driven around in a blue color Tata Sumo jeep, issued to the Sri Lanka Police, with the white color wordings that said ‘POLISH RABUKKANA’ on the right side of its body.

Police Headquarters claim that the individual had done this with the intention of misleading the public.