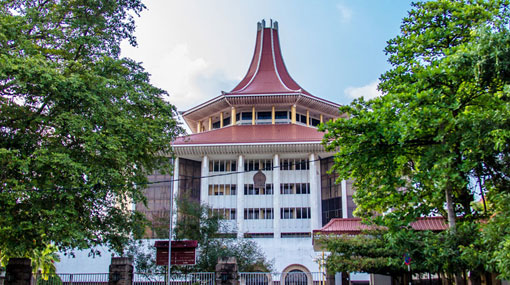 The Supreme Court has concluded hearings on the petitions filed against the proposed Financial Amendment Bill.

The Supreme Court will convey its decision to the Speaker of Parliament in due course, Ada Derana reporter said.

The relevant petitions were taken up before the Supreme Court Judges Priyantha Jayawardena, Kumuduni Wickramasinghe, and Shiran Gunaratne.

When the petitions were taken up yesterday, Senior State Counsel Nirmalan Wigneswaran, appearing on behalf of the Attorney General, informed the court that further amendments will be made to the bill.

The Senior State Counsel informed the court that it has been decided to amend 07 sections of the relevant Bill and submitted the relevant in detail before the court.

The Attorney General’s Department had today handed over the proposed amendments to the Supreme Court.

Subsequently the Senior State Counsel rejected the allegations levelled by the petitioners that the passing of the bill would pave the way for money laundering.

He stated that the bill would not allow for such illegal activities and that it has been proposed  in order to catch a large number of tax evaders in the tax net.