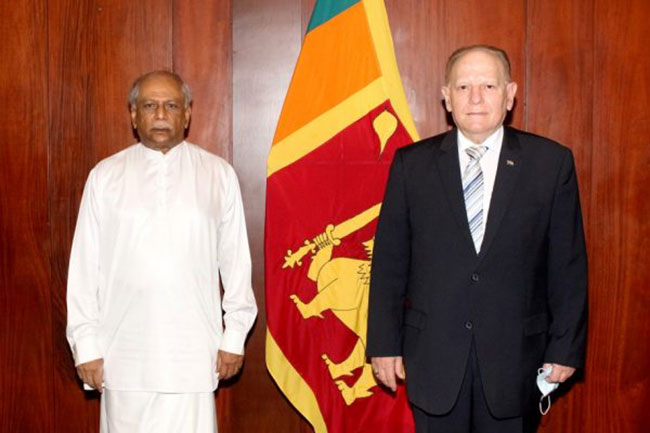 Minister Gunawardena welcomed Ambassador Garrido, who had presented his credentials to President Gotabaya Rajapaksa on 22 July, 2021.

While recalling the considerable assistance extended to Sri Lanka following the Asian Tsunami in 2004, he thanked the Cuban government for the medical assistance provided to the Sri Lankan expatriates who were stranded in Haiti at the outbreak of the COVID-19 pandemic last year.

Foreign Minister Gunawardena also discussed a wide-range of bilateral matters with Ambassador Garrido, including the possibility to forge further cooperation in the areas of pharmaceutical and vaccine production, coconut and sugarcane cultivation and Spanish language courses in Sri Lanka, with a view to enhance the cordial relations prevailing at all levels between Sri Lanka and Cuba.