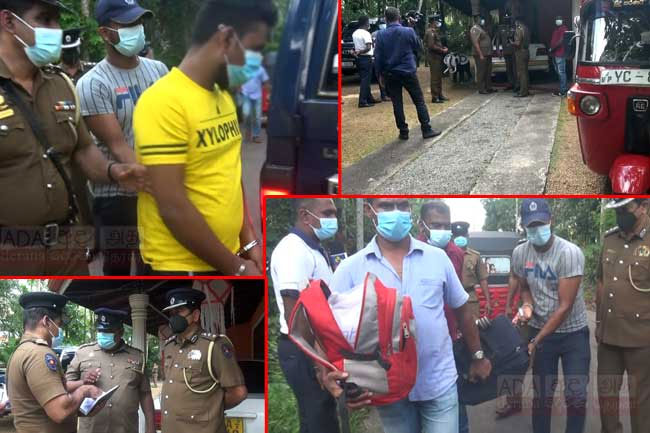 A youth, who was in possession of 40kg of heroin, has been arrested in the area of Rerukana in Bandaragama, says Senior DIG Ajith Rohana.

The crimes prevention unit of Kalutara Division had taken the suspect into custody this morning (July 30) along with the three-wheeler he had used to transport heroin, the police spokesman added.

The 23-year-old, a resident of Gelanigama area in Bandaragama, had reportedly been engaged in buying and selling of motorcycles.

Preliminary investigations have uncovered that this narcotics racket was operated by an individual who is residing in Dubai, United Arab Emirates. He was identified as drug dealer under the alias ‘Salindu’, originally from Alubomulla, Panadura.

Meanwhile, reports revealed that the sub-inspector, who was taken into custody along 50kg of heroin recently, is also linked to the same drug network.

The seized heroin consignment is valued at around Rs. 400 million, according to the police spokesman.

The police stated that the military police have been informed to apprehend one of the relatives of the suspect in connection with the incident.

The arrestee has been handed over to the Police Narcotics Bureau (PNB) for further investigations.