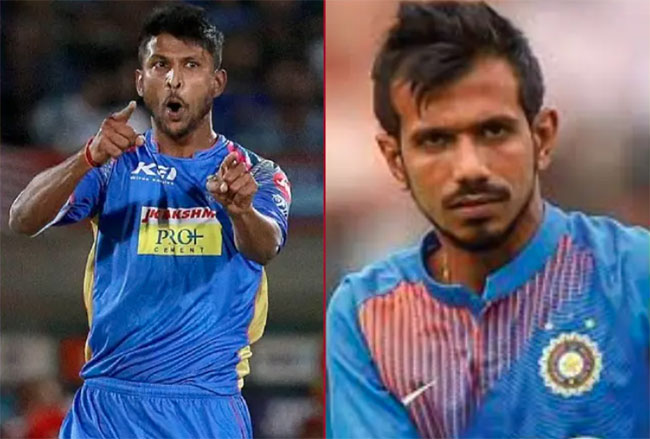 Indian leg-spinner Yuzvendra Chahal and spin-bowling allrounder Krishnappa Gowtham have both tested positive for COVID-19 while on tour in Sri Lanka, according to reports.

The two were part of the group of eight players who had earlier been identified as immediate contacts of allrounder Krunal Pandya, who had tested positive on July 27.

Chahal and Gowtham tested positive on Friday following PCR tests carried out yesterday (29). Incidentally, they had both tested negative along with the other six players on Thursday, the day of India’s final match of the tour.

Chahal and Gowtham, along with Krunal, will have to stay back in Colombo for the time being, while the other six players – Krunal’s brother Hardik, Prithvi Shaw, Suryakumar Yadav, Manish Pandey, Deepak Chahar and Ishan Kishan – are expected to leave for India later today.

The rest of the Indian travelling contingent will return to India earlier in the day, the report said.