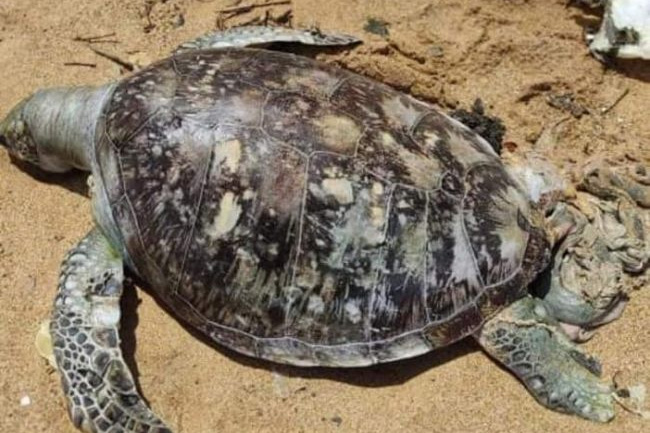 The Attorney General’s Department today (July 30) briefed the Colombo Magistrate’s Court on the death toll of the sea animals killed by the X-Press Pearl disaster.

According to the department’s tally, this marine calamity a total of 417 turtles, 08 whales and 48 dolphins have died and washed ashore to date.

The revelation was made by Deputy Solicitor General Madhawa Tennakoon, who appeared on behalf of the Criminal Investigation Department (CID), when the case was taken up before Colombo Additional Magistrate Lochani Abeywickreme earlier today.

The state prosecutor told the court that the relevant data was provided by the Department of Wildlife Conservation.

Submitting a detailed report on the deceased marine animals, the deputy solicitor general stated that their bodies will be referred to the Government Analyst and the Veterinary Research Institute for further investigations.

Speaking further, he said the water samples obtained from the immediate vicinity of the cargo ship where it was wrecked by a massive fire were also submitted to the Government Analyst.

The analysis has uncovered that the water samples contained petroleum constituents, the deputy state prosecutor revealed.