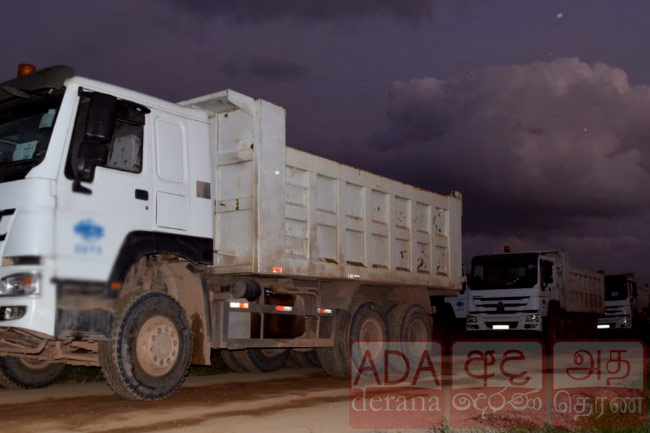 The officials of the Gonahena Special Task Force (STF) camp have cracked a racket stealing fuel from vehicles used at the construction site of the Central Expressway.

Seven individuals have been arrested in the raid carried out near the Wadurawa Railway Station.

It has been revealed that the suspects had been involved in the smuggling of fuel from the vehicles utilized by the Chinese construction company for a long time.

Along with the suspects, a bowser filled with fuel, and 5 other trucks have been seized by the STF.

In addition, 08 mobile phones and Rs 42,200 in cash have also been taken into custody.

The suspects and seized property have been handed over to the Veyangoda Police for onward investigations.