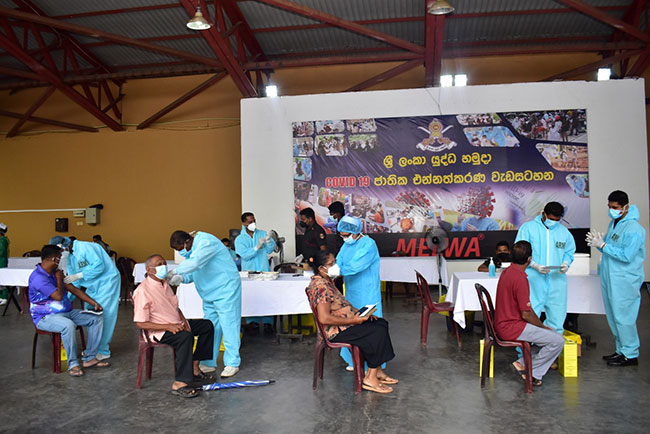 Over 19,000 get AstraZeneca jab at 24-hour vaccination drive

Army Commander General Shavendra Silva says that over 19,000 doses of the AstraZeneca vaccine have been administered so far at the 24-hour vaccination center established at the Viharamahadevi Park in Colombo.

Sri Lanka Army yesterday launched a 24-hour vaccination drive for the first time to administer the Oxford-AstraZeneca doses which had recently arrived from Japan.

Meanwhile, the Oxford-AstraZeneca jabs received from Japan will be administered in 18 MOH offices – 05 in Kalutara District and 15 in Gampaha District as well as 13 hospitals and 08 selected locations in Colombo District, including the 24-hour center at Viharamahadevi Park.

Those who are arriving to receive their second dose of the AstraZeneca vaccine are required to bring their National Identity Card (NIC) and vaccination card.