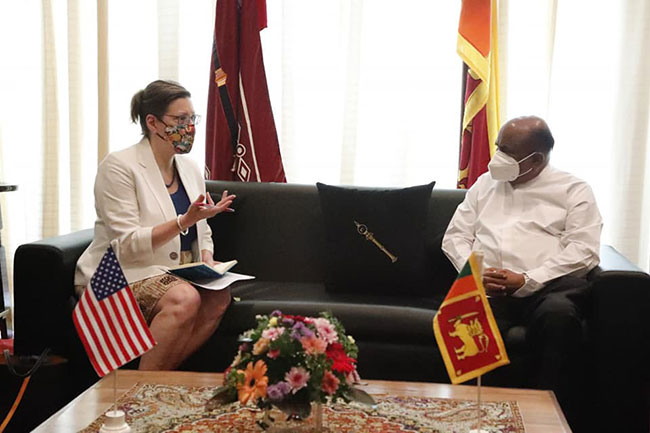 US Ambassador to Sri Lanka Ms. Alaina B. Teplitz conveyed that the United States will continue to support Sri Lanka’s fight against Covid-19 by providing ongoing support to the COVAX facility - an international mechanism distributing lifesaving vaccines to countries throughout the world, including Sri Lanka.

She made this statement when she made a courtesy call on the Speaker of Parliament Mahinda Yapa Abeywardana today (02). Mr. Marcus Carpenter, Deputy Chief of political division and Ms. Kushani Rohanadeera, Deputy Secretary General of Parliament and Chief of Staff were also present at the meeting which was held at the Speaker’s Office in Parliament.

The Ambassador also expressed to the Speaker that the United States continues to support the development of Sri Lanka and protecting of the democracy in the face of COVID faced by the whole world.