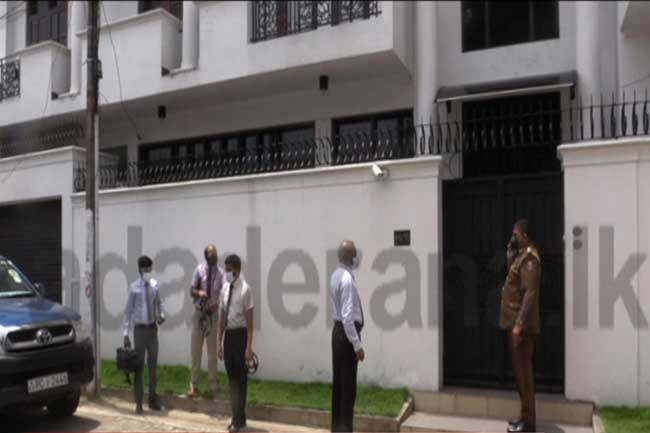 This was over the death of the teenage domestic worker who died of burn injuries while serving the Bathiudeen household.

In addition, it is reported that officials of the Children and Women’s Bureau of Sri Lanka Police also visited Bathiudeen’s house today and recorded statements.

Police have so far recorded statements from nearly 40 people in connection with the death of the girl.

It has been revealed that apart from the deceased teen, another 10 female domestic workers had served the Bathiudeen household since 2009.

However, three among them, including the deceased girl, have died.

The police have recorded the statements from the eight surviving employees.

Meanwhile, protests were held in several parts of the country today demanding justice for the deceased teen.

The judicial medical officer who conducted the post-mortem on the girl’s death concluded that she had been sexually exploited. Her remains were exhumed on July 30 for a second postmortem by a court-appointed specialist medical team.