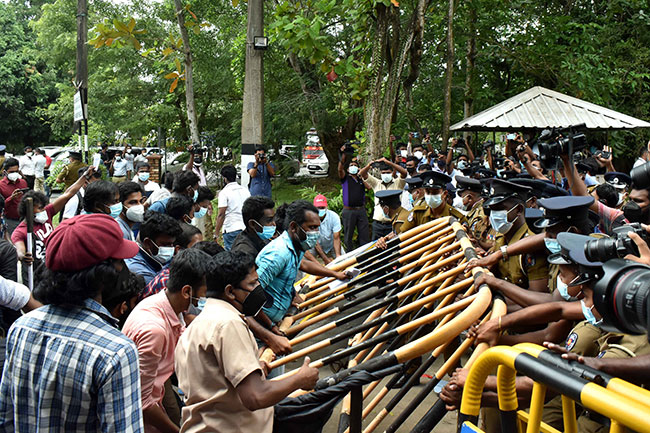 The OIC of Maharagama Police has sustained critical injuries when the protesters tried to topple the iron barricades near the entry road to Parliament on Tuesday (August 03).

Speaking on the matter, Police Spokesman Senior DIG Ajith Rohana said the OIC, who was left with two fractured fingers and other critical injuries, is currently receiving treatment at the Colombo National Hospital.

As the police blocked the demonstration near the parliament entry road, a tense situation ensued and the protesters set fire to a casket.

Maharagama OIC sustained has injuries when the protesters tried to clash with the police and topple the iron barricades to move forward.

Meanwhile, the administrative secretary of the Frontline Socialist Party and another individual have been arrested by the police over several offences committed during the yesterday’s protest.