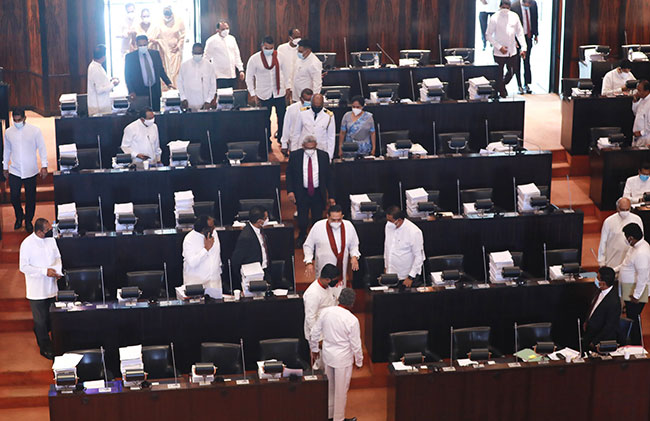 President Gotabaya Rajapaksa has arrived in the parliament chamber while the proceedings were in progress today (4), Ada Derana correspondent stated.

The President arrived in Parliament at around 11.15 a.m. and was escorted to the chamber by the Leader of the House Dinesh Gunawardena along with State Ministers Kanchana Wijesekera and Indika Anuruddha.

The President then entered the Chamber accompanied by the Prime Minister Mahinda Rajapaksa.

The President remained in the House until around 12.00 noon while questions for Oral Answers by the Members were on going.

During his stay in the chamber, the President was seen conversing at length with the Prime Minister, the Leader of the House and the Chief Government Whip, Johnston Fernando.

President Rajapaksa had arrived in Parliament today to participate in today’s proceedings.