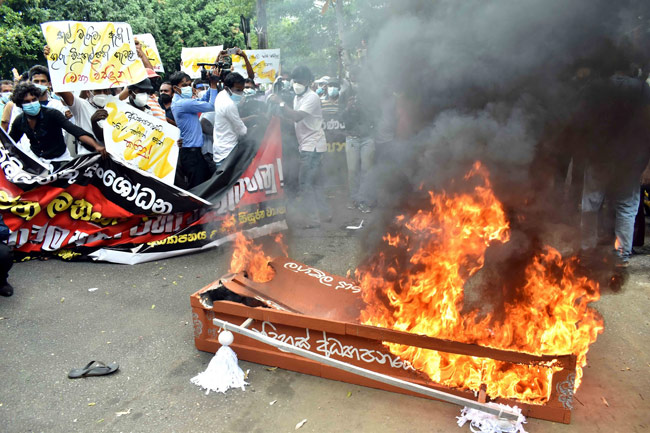 Two members of the Frontline Socialist Party (FSP), arrested over the demonstration held blocking the parliament entry road, have been remanded.

Reportedly, they were ordered to be remanded until August 11.

Administrative Secretary of FSP Chameera Koswatte and another member of the party Kokila Hansamali were arrested by the Police over the protest held yesterday (August 03) at the Parliament roundabout.

They were arrested over the charges of damaging public property, unlawful gathering and blocking the road.

A tense situation arose in the area as the demonstrators of the Inter-University Students’ Federation (IUSF) blocked the entry road to the parliament and set fire to a casket.

The protest was held against the Kotelawala National Defence University Bill.