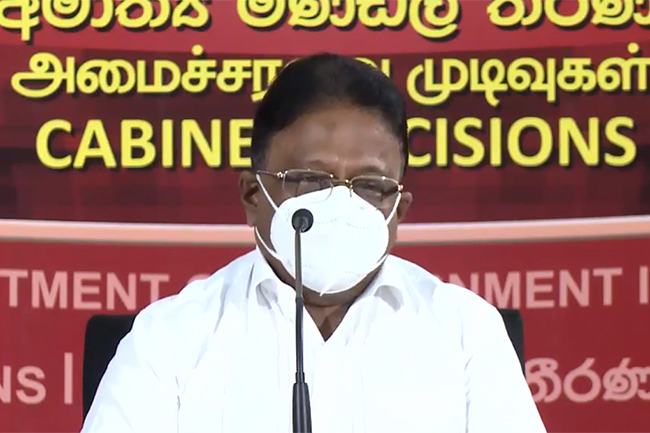 The government has not taken a decision to deduct the salaries of any public or private sector employees, Minister Dullas Alahapperuma reiterated today (August 24).

Addressing the media briefing to announce the Cabinet decisions this morning, the minister stated that no politician in the government has put forward such proposal.

There is no truth in the reports which alleged of such decision, the cabinet spokesperson said adding that the move to donate the August salaries of parliamentarians of the entire Cabinet is not a move leading up to pay cuts in the state sector.

Ever since the COVID-19 fund was established, all Cabinet Ministers have been donating Rs. 10,000 per month to the trust, and the chairpersons of Provincial Councils and Local Government have also made continuous contributions, Minister Alahapperuma added.