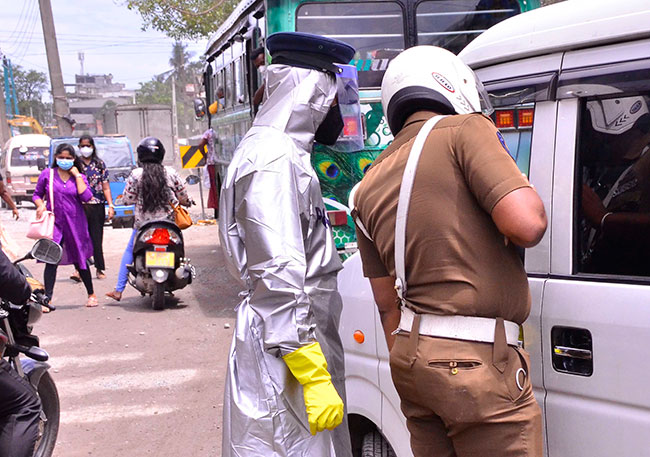 Sri Lanka Police says that another 581 persons have been arrested in connection with violating the quarantine curfew and for breaching quarantine laws, within the last 24 hours ending at 6.00 a.m. today (30).

Meanwhile police have also taken a total of 85 vehicles into custody.

This brings the tally of arrests made in the country so far over the same offences to 61,587.

Police also said that 639 persons and 316 vehicles leaving the Western Province were stopped and checked at 13 checkpoints within yesterday while another 1,153 individuals and 489 vehicles entering the province were also inspected.