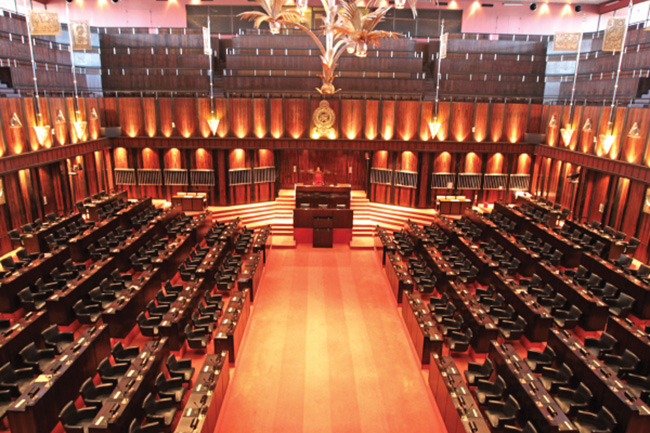 Finance Bill No. 18 of 2021 has been certified by Speaker Mahinda Yapa Abeywardena today (Sep. 15), the Communications Department of the Parliament said in a statement.

The Bill was taken up for debate on September 07 and was passed in Parliament with amendments by a majority vote.

The vote took place as a division was called for by the Chief Opposition Whip Lakshman Kiriella during the second reading of the Finance Bill. The second reading was then passed with 134 parliamentarians voting in favour and 44 voting against.

Accordingly, the Act comes into effect from today (15).

The Finance Bill enables individuals to voluntarily disclose undisclosed taxable supplies, income and assets which are required to be publicized under some laws.

In addition, it allows the imposition of taxes on taxable income and assets.

Further, the bill enables granting tax amenities and indemnification of individuals who voluntarily disclose taxable supplies, income or assets against liability from investigation, prosecution and penalties under specified laws.

Meanwhile, the Transparency International Sri Lanka (TISL), voicing deep concerns about the new Act, has warned that this amnesty scheme could be abused for the purpose of money laundering unless regulatory authorities take extra measures to counter such attempts.

In a recent statement, the TISL called on all law enforcement and regulatory authorities to ensure that this tax amnesty is not abused by those who could cause detriment to the country by ensuring that the public is kept informed of the safeguards put in place to avert such abuse.