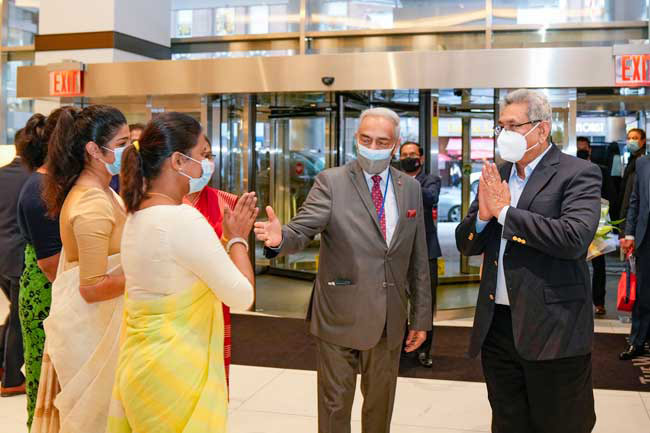 President Gotabaya Rajapaksa, who left the country to attend the 76th session of the United Nations General Assembly, has arrived at the John F. Kennedy Airport in New York.

The President and the delegation were welcomed by Mohan Peiris, Permanent Representative of Sri Lanka to the United Nations at the Airport.

The UN General Assembly is scheduled to begin on Tuesday, (September 21) and Heads of State of several countries are already in New York to participate in the conference.

The Foreign Ministerial level conference of the General Assembly will begin tomorrow (20).

President Gotabaya Rajapaksa is scheduled to address Assembly on the second day of the conference.