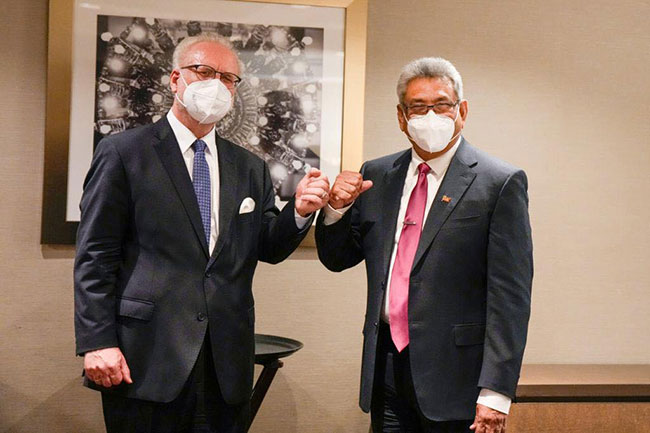 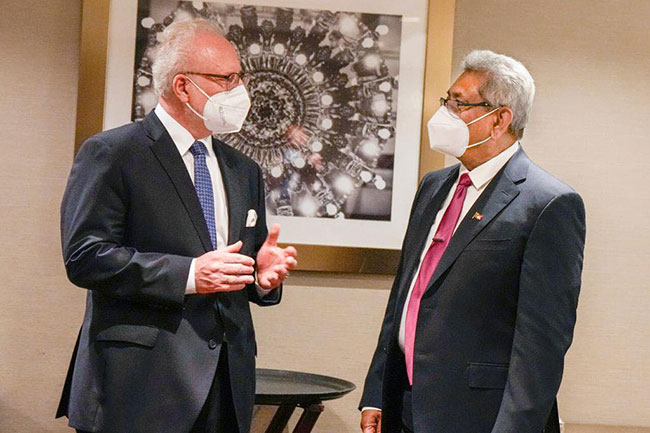 A meeting between President Gotabaya Rajapaksa and the President of the Republic of Latvia, Egils Levits, took place yesterday (21) afternoon on the sidelines of the 76th Session of the UN General Assembly, the President’s Media Division said.

The two leaders were of the view that strong steps should be taken to further the 25-year long diplomatic relations between the two countries.

The two leaders discussed the impact of the Covid-19 pandemic on the economy and society, and exchanged views on the measures to be taken for the betterment of the tourism industry in the two countries as the pandemic subsides.

The two leaders also focused on enhancing cooperation between the two countries in the fields of education and digital technology, the statement said.

The two leaders discussed the topic of a change in the composition of the UN Security Council and the need for greater representation in UNSC for the Asian, Southern African, the Middle East and South American regions.