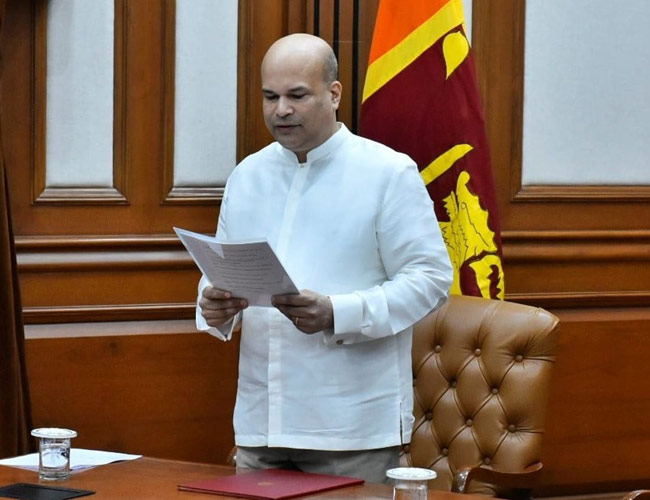 Following the presentation of the Letter of Credence, High Commissioner Moragoda conveyed greetings from President Gotabaya Rajapaksa to President Ram Nath Kovind and expressed that the prime objective of his mission to India is to further develop the momentum of the existing partnership between the two countries, and to elevate that partnership to the level of a special relationship.

The High Commissioner observed that Buddhism is the most precious gift that India has bestowed upon Sri Lanka and informed the President of India that he has based his policy road map, the Integrated Country Strategy for Sri Lanka Diplomatic Missions in India, on the teachings of the Buddha. High Commissioner Moragoda also requested for the support of the President and the Government of India in realising the prime objective of his mission and to further strengthen the age-old, time-tested and multi-dimensional relations between the two countries.

In response, President Shri Ram Nath Kovind thanked High Commissioner Moragoda for his intervention and stated that Sri Lanka occupies a special place in India’s ‘Neighbourhood First’ and SAGAR policies. He recalled the extremely friendly, historical and multi-dimensional ties between the two countries and the existent strong bilateral development cooperation. The President of India, while expressing his hope that the close cooperation between the two countries would continue to grow, requested the High Commissioner to convey his warm regards to President Gotabaya Rajapaksa.

Milinda Moragoda is the twenty sixth envoy of Sri Lanka to India since Sir Baron Jayatilaka was appointed the Representative of Ceylon in 1942.

Full text of the intervention made by High Commissioner Milinda Moragoda at the Credentials ceremony is as follows:

I bring with me the warmest and most cordial greetings to Your Excellency from the President of Sri Lanka His Excellency Gotabaya Rajapaksa. I consider it a singular honour to have presented my Credentials today as the High Commissioner of Sri Lanka to India, the most prominent overseas assignment for a Sri Lankan diplomat.

I am also honoured by the confidence and trust my President has placed in me by appointing me as his High Commissioner to India, the cornerstone of our foreign policy, especially at a time when geopolitical developments globally and in this region in particular are becoming increasingly complex and challenging.

The prime objective of my mission in India would be to further develop the momentum of the existing partnership between our two countries, and to elevate that partnership to the level of a special relationship. With a view to realising this prime objective, I have developed a road map in the form of an integrated country strategy for the Sri Lankan diplomatic missions in India for the next two years.

In my view, Buddhism is the most precious gift that India has bestowed upon our country. The fact that India’s greatest emperor, the Buddhist ruler Dharmashoka, saw fit to send both his son and daughter on separate occasions to our country as emissaries to introduce and spread the teachings of the Blessed One, epitomises the strong and unbreakable civilisational bonds that exist between our two nations.

With this in mind, I have based my integrated country strategy for India on the teachings of the Buddha, in particular the ‘satara sampradha’ or the four accomplishments that comprises saddhā, sīla, cāga, and paññā, which in the modern context of international relations, could be interpreted as trust, virtuous behaviour, sacrifice and thorough understanding, respectively. It is my firm belief that these noble principles are pertinent in building trust and confidence between India and Sri Lanka.

I would be most grateful to receive the support of Your Excellency and that of the Government of India in realising the prime objective of my mission and to further strengthen the age-old, time-tested and multi-dimensional relations between our two countries. 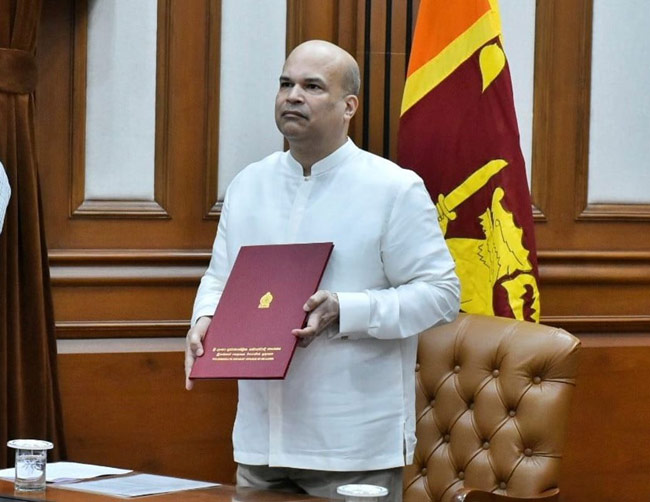 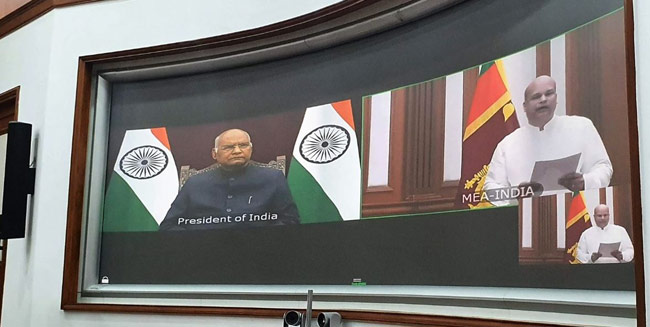