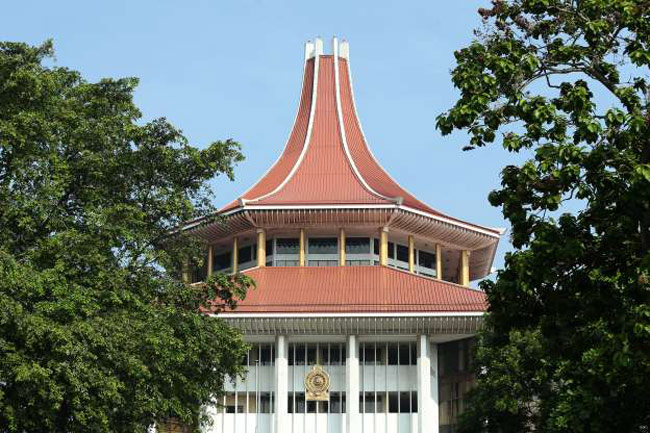 Two Fundamental Rights (FR) petitions have been filed before the Supreme Court against the appointment of Ajith Nivard Cabraal as the Governor of the Central Bank of Sri Lanka (CBSL).

The petitions have been filed by the Samagi Jana Balawegaya (SJB). General Secretary of the party MP Ranjith Madduma Bandara and parliamentarian Manusha Nanayakkara had filed the relevant petitions.

The Attorney General, Finance Minister Basil Rajapaksa, CBSL Governor Ajith Nivard Cabraal, the Central Bank Monetary Board, and Secretary to the President P. B. Jayasundera have been named as the respondents of the petitions.

The petitioners allege that Ajith Nivard Cabraal, the new Governor of CBSL, has been charged with embezzlement of public funds.

Thereby, the petitions seek a court order declaring the appointment of Cabraal as the CBSL Governor null and void.