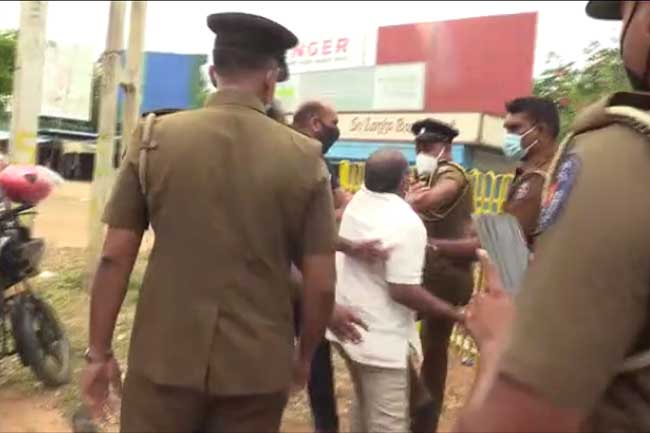 UPDATE: Tamil National People’s Front MP Selvarasa Gajendran and two others who were arrested in Jaffna for violating quarantine regulations by holding a remembrance event for LTTE member Thileepan, have been released on police bail, says the Police Spokesman.

General Secretary of the Tamil National People’s Front (TNFP), MP Selvarasa Gajendran and two others have been arrested in Jaffna for violating quarantine regulations.

Police said they were arrested for violating quarantine laws by holding a commemoration event in remembrance of ‘Thileepan’, a political wing leader of the LTTE who died while on hunger strike.

It has been reported that the parliamentarian had also argued with the police officers who had arrived at the location of the event.

Ada Derana reporter said that the MP was arrested near the ‘Thileepan’ monument located at Nallur in Jaffna and that police are expected to record his statement.

Several representatives of the All Ceylon Tamil Congress had also reportedly attended the commemoration event.