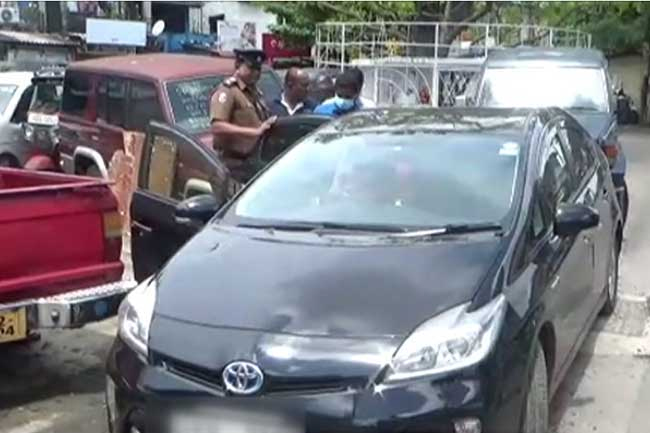 The car used by the main suspect in the incident during the drug raid at Obeysekarapura in Rajagiriya, to flee was taken into custody today (Sep. 25).

The vehicle hidden at a house in Weliweriya area was found by the Colombo Crimes Division.

Accordingly, the owner of the house was placed under arrest.

Last week, several drug dealers had hit a police officer with a vehicle during a drugs raid carried out at the Obeysekerapura area in Rajagiriya.

A police officer who heroically risked his life to stop the fleeing car during the raid was much talked about recently. He is currently receiving medical treatment.

Two suspects involved in the incident were taken into custody in Thalangama on September 22 along with the vehicle used by them.

A crime figure residing in Nugegoda was later identified as the main suspect of the operation and police operations were launched to apprehend him.

However, he surrendered to the Colombo Chief Magistrate’s Court on September 24 and was remanded until next Wednesday (Sep. 29).