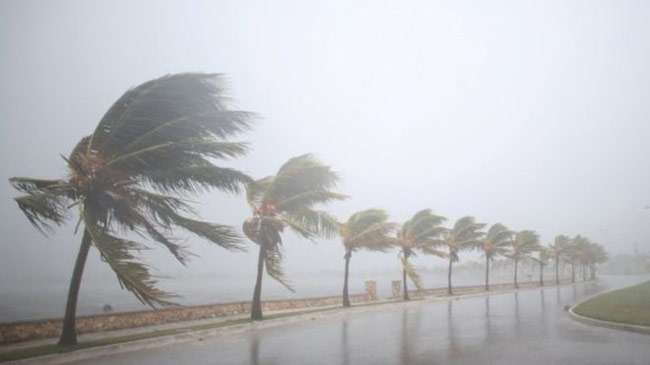 The Natural Hazards Early Warning Center of the Department of Meteorology has issued an ‘Amber’ alert for heavy rain and strong winds.

The Department says that the showery weather in the southwestern parts of the country and strong gusty winds over the island is expected to further continue next 24 hours.

Heavy showers of above 100 mm can be expected at some places in the Western, Sabaragamuwa, Central, and North-western provinces and in Galle and Matara districts.

Wind speed can increase up to 50-60 kmph at times over the island, particularly in the western slope of central hills, Northern, North-Central, and North-Western, Southern, and  Western provinces.

The Advisory issued this afternoon (September 26) is valid until 02.00 pm tomorrow (Monday, September 27). 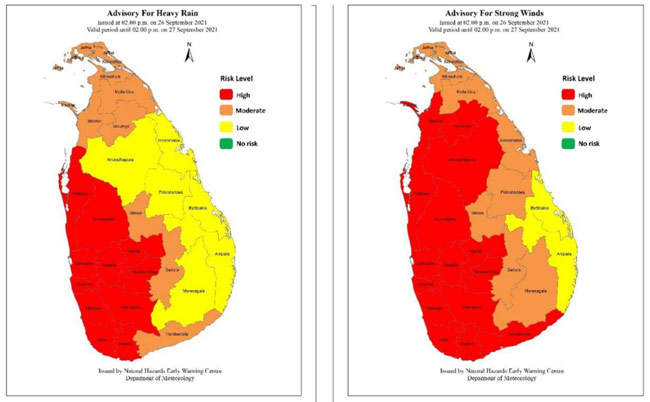