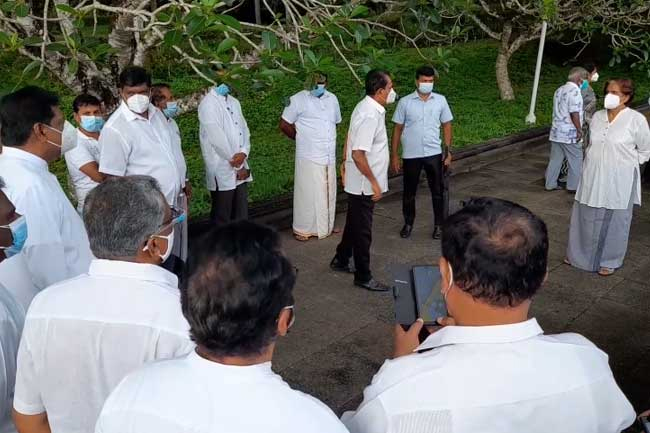 Welgama to embark on new political journey with CBK

Speaking to the media after paying tribute to the Bandaranaike Memorial in Horagolla, the parliamentarian said he would lead this campaign.

A commemoration ceremony was held in honour of the founder of SLFP, which was attended by prominent figures in the political sphere including his daughters, former Head of State Chandrika Bandaranaike Kumaratunga and Sunethra Bandaranaike.

The former President, who spoke to the media following the event, claimed that the SLFP only exploited the name of Bandaranaike and that they did not organize anything in commemoration of the late prime minister.

The party’s chairman came to the Bandaranaike Memorial only once during his five-year tenure as the President of the country, she said further. “[He] might come today since he’s been chased away from everywhere else. [I] wonder whether it is to exploit the Bandaranaike name again.”

Later, SLFP chairman and former President Maithripala Sirisena and other members of the party paid floral tribute at the Bandaranaike Memorial.

“As the SLFP, we work with the government with great cooperation. It is our belief that the greatest honour we can accord late Bandaranaike is to act within his vision according to his policies.”