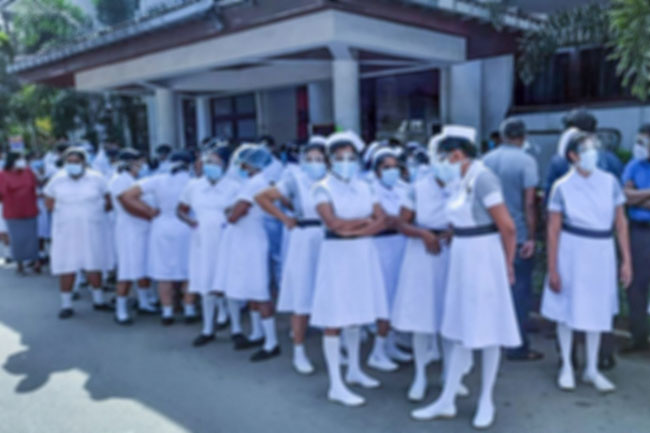 The Government Nursing Officers’ Association (GNOA) said the strike, which commenced at 7.00 a.m. today will continue for five hours until 12 noon.

President of the association Saman Ratnapriya stated that 44 unions will be participating in this trade union action, which is being staged based on several issues faced by healthcare workers.